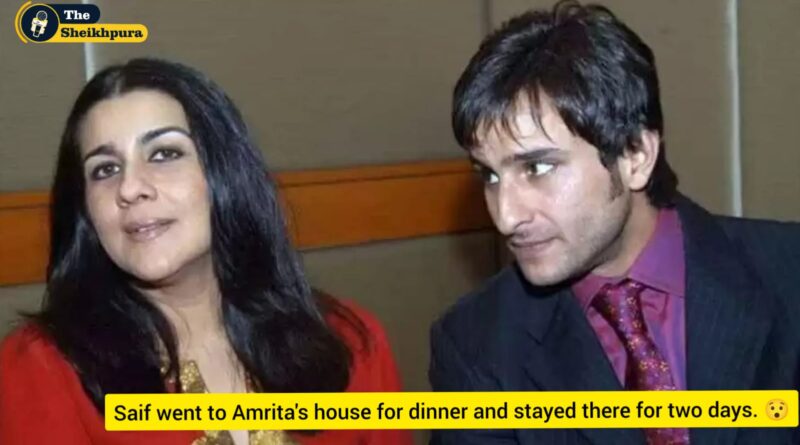 Saif Ali Khan stayed at their house for 2 days. During that time the first kiss happened between the two and both had become crazy in love with each other. When Saif Ali Khan got a call from the set in the film after 2 days, Saif Ali Khan did not have money. He borrowed ₹ 100 from Amrita Singh and got ready to go on the shooting of the film and within 6 months of this meeting Saif and Amrita Singh had secretly married, which the family of both did not even know.