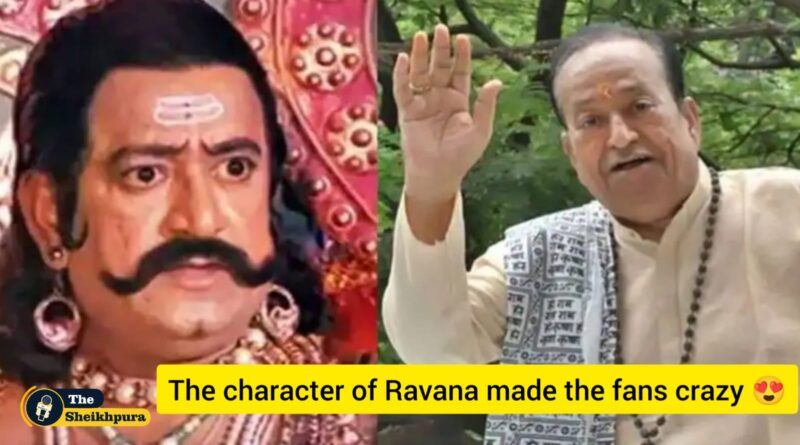 The actor had told that everyone wanted to cast Amrish Puri for the role of Ravana. In the audition, I played the role of Kevat, but when I started going, Ramanand Sagar noticed my behavior and mood and said- ‘I have found my Ravana’.

Arvind Trivedi tells that it was not easy for him to come as Ravana. He said that it took him five hours to get ready for a shoot. Talking about his dress, he was so heavy that the crown weighed only ten kilos and had to wear many other ornaments and heavy clothes.

He is a real life devotee of Lord Rama and Lord Shiva. So when he used to go for shooting, he always used to worship Lord Ram from home. Not only this, during the shooting he had to say abusive words about Lord Rama, so he used to fast to atone for this mistake.

One of his famous anecdotes is the story of the 70s, when Arvind Trivedi was shooting for the film ‘Hum Tere Aashiq Hai’. The film starred Hema Malini and Jitendra but Arvind Trivedi also had an important role. The actor was in a negative role and also had a scene with Hema Malini, in which Arvind Trivedi slapped Hema Malini vigorously. Had to kill, but was unable to do so. By that time Hema Malini had become a superhit actress and because of this she was afraid of slapping the actress. So this scene took 20 takes. But finally he completed this scene.