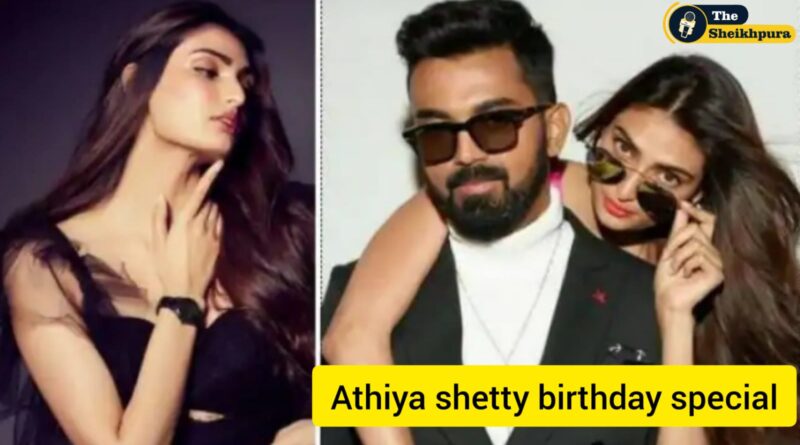 Suniel Shetty is celebrating her 30th birthday today on 5 November 1992. Athiya Shetty dreamed of becoming an actress in her childhood. Athiya Shetty did her schooling from Mumbai and after that she studied at New York Film Academy to fulfill her dream Athiya Shetty made her Bollywood debut in 2015 with Nikkhil Advani’s ‘Hero’ opposite Sooraj Pancholi.

The debut film did not get a good response from the audience. After this Athiya Shetty appeared in the films ‘Mubarakan’ and ‘Motichoor Chaknachoor’. Although Athiya Shetty could not earn any special name from these films. Talking about personal life

Athiya Shetty and KL Rahul met through a common friend, after which both of them became friends which turned into love. Athiya Shetty has been dating cricketer KL Rahul for a long time and both have given their relationship an official name. KL Rahul has also entered the Shetty family. Like other actresses, Athiya Shetty never tried to hide her relationship after coming into the relationship.