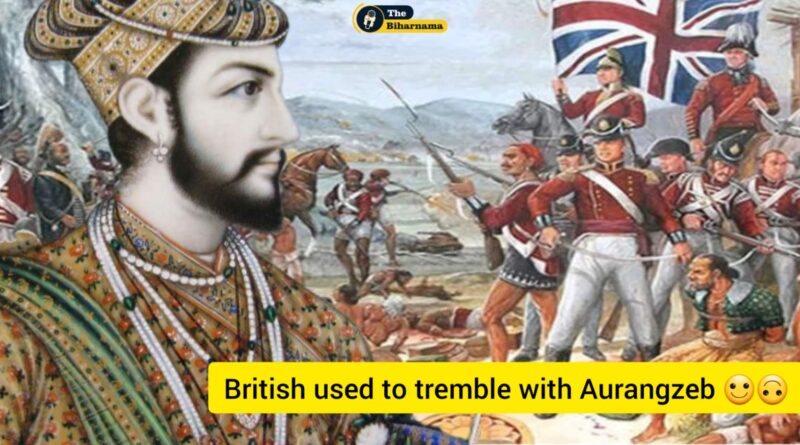 Later the East India Company tried very hard to wash this stain from its head. This is the reason why very few people know that before conquering Siraj-ud-daula and Tipu Sultan the East India Company had tried to fight Aurangzeb Alamgir as well but after facing a bad defeat, he tied the hands of the British envoys and told them to lie. was forced to speak. Court floor and apologized to the Mughal emperor,,..we know you in detail

Hooghly and Qasim Bazar were important ports on the west coast of India to Surat, Bombay and Madras and 20 miles from Calcutta on the Ganges River. That is why the British used to take silk, molasses, textiles and minerals from India. Dhaka muslin was in great demand especially in Britain. No tax was imposed on the business of the British, but three and a half percent of the total value of their goods was collected.

This war is also called ‘Jange-e-Child’ after his name. Now call it the child’s childishness or his arrogance that he was daring to wage war against the world’s most powerful and rich sultanate with the help of 308 soldiers.

At that time India was ruled by Aurangzeb Alamgir and a quarter of the total GDP of the world was produced here. Economically it was almost at the same level as America is today.

During the time of Aurangzeb, the Sultanate’s border was spread over an area of ​​4 million square kilometers from Kabul to Dhaka and from Kashmir to Pondicherry. Not only this, Aurangzeb armies were so experienced in fighting the Deccan Sultans, Afghans and Marathas that they could face any army in the world at that time.

The army of Delhi remained aside, the number of soldiers of Shaista Khan, the Subedar of Bengal, was more than 40 thousand. According to one estimate, the total number of the Mughal army was more than nine lakhs and included Indians, Arabs, Afghans, Iranians and even Europeans.

When war was declared against the Mughals from London, the Company’s soldiers stationed in Bombay plundered some of the Mughal ships.

In response, Alabhar Sidi Yakut, a black minister of the Mughals, besieged the Bombay coast with an army of ships.

An Englishman named Alexander Hamilton, who was present during the war, mentioned this incident in his book and wrote that the British arrived for the war at midnight. In response to this, the minister of the Mughal Empire, Albahar Sidi Yakut, left with 20 thousand soldiers. The Mughal army chased away the British by firing a big cannon. There was chaos all around.

The Yakuts plundered and occupied many areas of eastern India. They put up their flags. Every soldier who fought against the caliphate was hacked. The wounded British were taken in chains to Bombay. This incident taught a great lesson to the British and the Iqbal of the Mughals once again stood up.