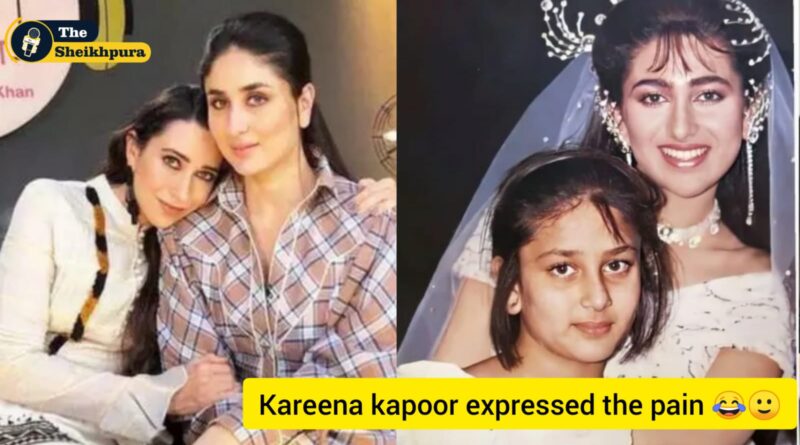 However, it was not all that easy for Karishma, who dreamed of becoming an actor since childhood. This was revealed by her sister Kareena Kapoor herself in an interview, in this interview she told how her sister Karisma Kapoor used to cry at nights during Struggle. Let us know this story in more depth. Let us tell you that Karisma Kapoor started her career at the age of 17 with the 1991 film Prem Qaidi.

However, the film fell flat at the box office. Even after this film, Karisma Kapoor acted in many films, but even after this she was not able to get the success that she wanted. However, after this the film Raja Hindustani with Aamir Khan proved to be the turning point of her career and she had become an overnight star. Filmfare also gave her the Best Actress Award for her performance in this film. After this, as if the actress got silver and she gave many successful films like ‘Biwi No 1’, ‘Hum Saath Saath Hain’, ‘Dil To Pagal Hai’ and ‘Fiza’ to Bollywood.

Considering her sister Karisma Kapoor as her role model, Karisma Kapoor also decided to make a career in the film industry and was successful in it. In one of her old interviews, Kareena had told that she had seen Karishma’s struggle period very closely. Kareena Kapoor told that she used to hide and see Karisma Kapoor crying. Kareena Kapoor said that I have seen my sister sitting with her mother and crying for many nights. She used to say that people are letting her down and she will never be able to move forward. I used to hide behind and watch all this, because they would never want me to see the pain they were going through. I have seen a lot.

Talking in this interview, Kareena Kapoor had also told that she has got the courage to face the struggles because of her sister Karisma Kapoor. Kareena Kapoor had said, ‘My sister’s grief made me very strong. Now I can say that, I feel like a man. I can get anything in the world. No matter how much pain, no matter how many people try to humiliate me, I will fight it because I have seen my mother and sister go through that struggle and I am ready for that.