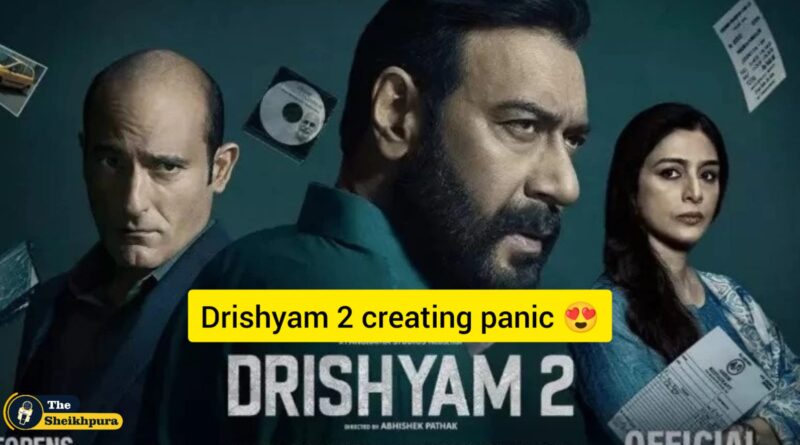 Drishyam 2 got a good response from the audience on the first day of its release, the first sequel of this movie was released in 2015, which got a good response from the audience, and people had high expectations from its second part as well. On which Ajay Devgan and his co-star came true and the film earned around 15 crores on the first day. With this, Drishyam 2 became the second highest-grossing film on opening day in 2022.

After this achievement, ‘Drishyam 2‘ has also left behind Akshay Kumar ‘Ram Setu’. This film has been directed by Abhishek Pathak. The film stars actors like Ajay Devgan, Ishita Dutta, Shriya Sharan, Rajat Kapoor and Akshaye Khanna. After the release of this movie, there was a lot of happiness in the Bollywood world because after a long time such a movie has come, which has been able to make a place in the hearts of people.

This film has overtaken Akshay Kumar Ramsetu, in the name of this movie, a movie was first made in 2013 which was Malayalam and then in 2015, the first part of Drishyam came in Bollywood by Ajay Devgan.