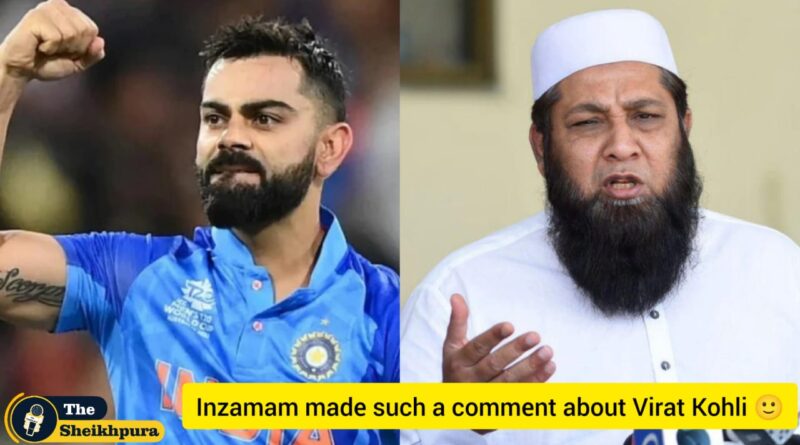 Former Pakistan captain Inzamam-ul-Haq has made such a comment on Team India’s batsman Virat Kohli, which Indian fans will never forget, Inzamam-ul-Haq comment won the hearts of the fans, Virat Kohli 82 in 53 balls played against Pakistan Unbeaten innings of runs that almost won the match for the Indian team.

Superstar Virat Kohli unbroken innings of 82 runs in extremely difficult conditions at the Melbourne Cricket Ground has once again told the cricketing world that it is his destiny to write history one after the other in this gentleman’s game. Thanks to his memorable innings against Pakistan, Team India defeated Pakistan in their first match of the T20 World Cup.

Inzamam-ul-Haq said all the credit for Indian team’s victory should be given to Virat Kohli, the way he batted it was brilliant, Virat Kohli is just that kind of player, it’s not like he did something he didn’t , may or may not, he played well and it was a great innings, he has the ability to win matches single-handedly.

In the cold environment of Melbourne, sometimes Kohli was hitting the ball with full force and sending it out of the boundary line and sometimes pushing the ball into the gap between fielding and making a distance of 22 yards. This was the moment of Virat Kohli which he was living by drowning. Full of confidence, dedication and passion to do something for the country on foreign soil, this batting led Australia’s team in 1998. Reminds me of the ODI innings of Master Blaster Sachin Tendulkar. When he scored 143 runs in very difficult conditions. His innings is known as ‘Desert Storm’ in cricket history.