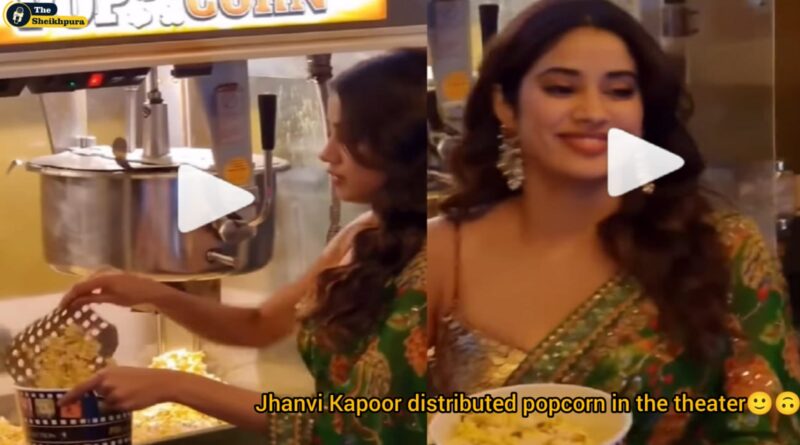 At this time she is wearing a very beautiful green embroidered saree in which she is looking gorgeous. Along with this, the look of the actress is looking quite perfect with big earrings and baby hair in the video, the actress wears gloves before giving popcorn and she tells everyone that, “There is only one flavor, don’t know why you ask.” am I??” She then puts popcorn in a tub and extends her hand while giving it to Fais.

In the upcoming project of the actress, her trailer movie Milli is about to come. You will also be seen in this film by Manoj Pahwa and Sunny Kaushal. The film is a remake of the Malayalam film Helen, directed by Mathukutty Xavier, who also directed Helen. Seeing the trailer of Mili, people have high expectations from this film, while Jhanvi Kapoor is also very excited about this film. Now let’s see what amazing this film can do at the box office.