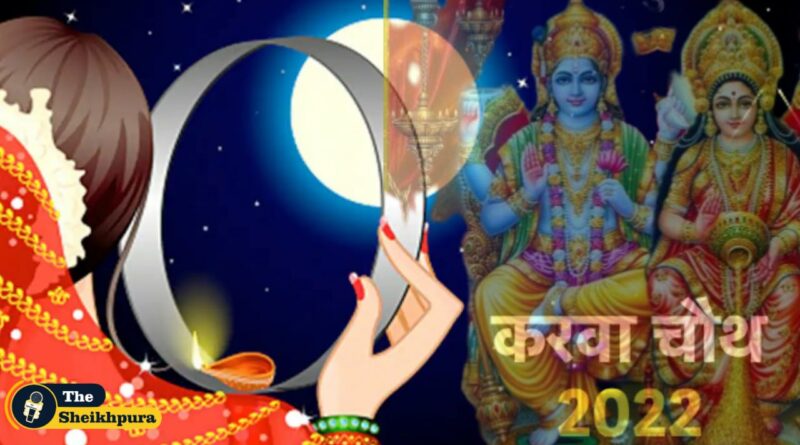 Women have a more special role than men in the progress of men. That is why the worship of Lakshmi with Narayan, Parvati with Shiva, Sita with Rama and Radha with Krishna highlights the influence of feminine power.

Karva Chauth is also called the festival of honeymoon. On this day brides keep a fast for the long life of their husbands. And after worshiping in the evening, after seeing the moon and her husband through a sieve, she ends her fast by drinking water.

There are many mythological stories about where the tradition of Karva Chauth started and who first followed this verse. When Yamraj came to take Satyavan’s soul, Pativrat Savitri begged him for the life of her husband Satyavan and requested him not to take his bride. On the refusal of Yamraj, Savitri gave up food and water. And she mourned beside her husband’s body.

Yamraj was disturbed by this lamentation of the female husband, you give me the boon of becoming the mother of many children, to which Yamraj said yes. Being a pious woman it was not possible for Savitri to think of any other man other than Satyavan. In the end, being bound by his promise, Yamraj could not take the life of the husband of a virtuous wife and handed over the life of Satyavan to Savitri.

According to mythology, once there was a fierce battle between the gods and the demons. Even after taking lakhs of measures, the gods were not getting success and the demons were dominating. Then Brahma asked the wives of all the deities to observe Karva Chauth fast. She said that by observing this fast, her husband would win this battle with the demons. After this, on the Chaturthi of Kartik month, everyone kept a fast and wished their husband success in the war.

It is said that the tradition of celebrating Karva Chauth started since then. First of all, this fast was kept by Goddess Parvati in the form of Shakti for Bholenath. By this fast he got eternal good fortune. That is why Suhagin observes this fast for the long life of her husband and worships Goddess Parvati and Lord Shiva.

There is also a story that in ancient times there used to be a virtuous woman named Karva Chauth. Once her husband was taking a bath in the river when a crocodile grabbed his leg. After that he called Karva Chauth for help, then Karva Chauth tied the crocodile with a raw thread and reached Yamraj.Karva Chauth prayed to Yamraj to spare her husband’s life and give death sentence to Magar.

After this Yamraj said that the crocodile’s life is yet to come, it cannot be killed prematurely. At that time Karva Chauth told Yamraj that if she did not give the boon of survival to Karva Chauth s husband, she would curse him to perish by her own strength. After this Karva Chauth‘s husband got life and the crocodile got the death sentence.

The story behind observing this fast by seeing the face of the moon and husband in a sieve is that according to Hindu beliefs, the moon is considered a form of Lord Brahma and the moon is blessed with longevity. Moon has qualities like beauty, coolness, love, fame and longevity. That’s why all women look towards the moon and want all these qualities to come in their husbands.