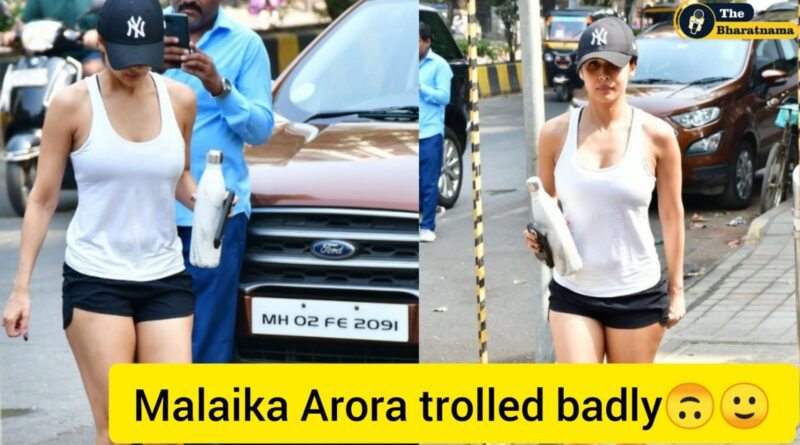 Malaika Arora‘s name comes first among Bollywood’s hot and glamorous actresses. She always wins the hearts of people with her looks and her style. In such a situation, Malaika Arora always remains in headlines regarding her fitness and everyone wants to know the secret of her fitness. She is often spotted after workout sessions and her gym look is also well-liked, but this time she is being trolled for her look and is seen hiding her face in this look.

Malaika Arora is one of the most stylish heroines of B-Town who also creates style statement for people. Malaika Arora, 48, is also famous for her fitness and in such a situation, she defeats even the big young heroines with her figure.

Often Malaika Arora is seen after her workout session. Every time she is seen flaunting her perfect figure in cool gym wear. However, many times Malaika Arora is trolled for her looks. Well, this time Malaika Arora was spotted outside the fitness class and the cameras surrounded her. Malaika Arora is currently wearing a sleeveless white T-shirt and black shorts. In this, Malaika Arora has not done makeup at all and she is looking beautiful in this no makeup look.

However, the netizens did not spare him here as well and trolled him. Malaika Arora was repeatedly trying to hide her face with a cap. In such a situation, as soon as her pictures surfaced on the Internet, the actress had to listen harshly. Commenting on these pictures of Malaika Arora, a social media user wrote – Why do you wear such clothes, that you have to hide your face?