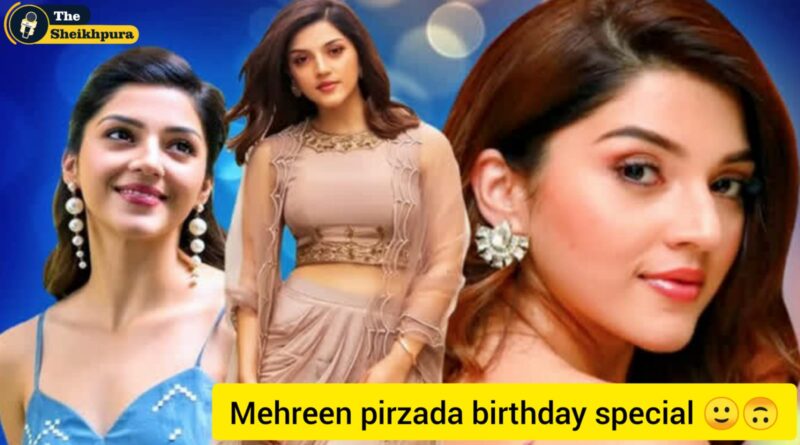 Mehreen turns 27 on November 5, 1995. Since then, she is one of the most sought-after actresses. Not only this, the actress is also a trained dancer. He had taken training in several dance forms, especially Bharatanatyam dance. She completed her schooling at Mayo College Girls School, Ajmer. Is

Mehreen did her first ramp walk at the age of ten and won the title of ‘Kasauli Princess’ in a beauty pageant. She was later crowned Miss Personality South Asia Canada 2013 in Toronto. She modeled for popular designers through the Gemini Face modeling company and starred in several commercial commercials in Canada and India. She is also the face of Dove India (The Dove Foundation India) (International Print), and supports Nikon, Pearce and Thums Up on TVC and print media.

Being the talented and gorgeous diva, Mehreen manages to make the most of it with each passing year. She forayed into Tamil film with Susenthiran’s Nenjil Thuniveirundhal, starring alongside Sandeep Kishan and Vikrant.

Not only beautiful face, Mehreen also has a very good mind. He has shown his every side in showbiz through various roles and characters in his films over these four years. She has managed to woo millions of hearts with her versatile performances in films ranging from comedy genre to romance. Some of his notable films include Phillauri, Mahanubhavudu, Raja the Great, C/o Surya, Pantham, Nota and F2 – Fun and Frustration.