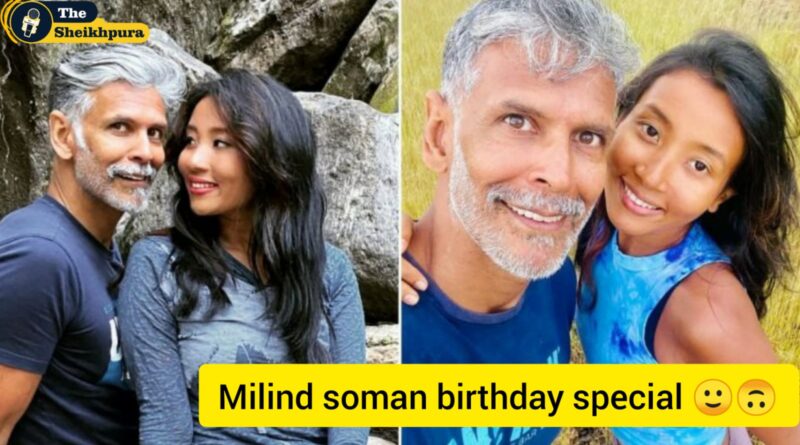 Today is Milind‘s 57th birthday, but his growing age does not seem to have any effect on his body or face. Milind is extremely fit even at the age of 57, making him an inspiration to millions. Apart from his fitness, Milind is also in the news for his personal life and stunning style.

From marriage to running nude, Milind has been in the news for many reasons, he is also famous for his running and fitness. He has run many marathons and also inspires people. Holds several records in his name, including its entry in the Limca Book of Records. Long ago he faced legal action due to nude photos. He had to go to court for 14 years.

Milind Soman married a girl half his age See more 👇

On his 55th birthday, he shared a picture of himself on social media, which created a sensation. In this photo, he was seen running nude on the beach, Milind also likes Endvent in life.

Milind Soman’s first marriage happened in such a way that he met Myleene Jampanoi on the sets of the film Valley of Flowers. Milind fell in love with Mylyn and later they got married. The two got married in 2006 in Goa. But unfortunately things started to deteriorate and the couple got divorced in 2009.

But Milind Soman is leading a happy married life today. He married Ankita Konwar, 26 years younger to himself in 2018. There was a lot of discussion about the age gap between the two. But the couple made it clear that they don’t care about it.