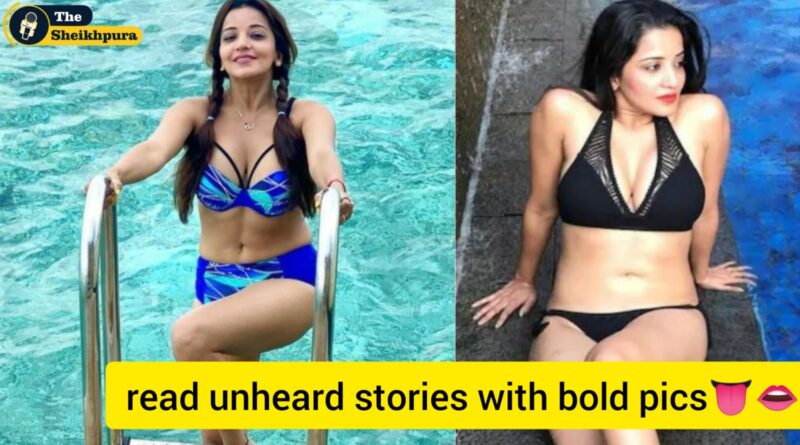 Monalisa is one of the hottest and bold actress in Bhojpuri industry. Monalisa is always active on social media and keeps her fans engaged with her bold pictures. In the beginning of her career, Monalisa was known as Antara Biswas, but after entering the world of entertainment, her name became Monalisa . Even though Monalisa is less visible in films now, she is still active in the TV industry. Monalisa charges lakhs of rupees for a show. There was a time when he got only ₹120 a day for the job

Not only Bhojpuri, Monalisa has shown her acting skills in Hindi, Tamil, Telugu, Kannada and Malayalam film industries. She has also appeared in web series. Monalisa has millions of fans on social media, more than 6 million people follow her. Monalisa has done more than 100 films in Bhojpuri films and everyone likes her unique style. His style is going to make everyone crazy. Apart from being a great actress, Monalisa is also a great dancer and she is also a natural artist.

Along with this, Monalisa is also known for her boldness and with this hotness she defeats big heroines. Monalisa has given many superhit films on the silver screen. At the same time, he has also worked in many excellent shows in TV. Apart from Bigg Boss, Monalisa also got a lot of popularity from Nach Baliye show. Monalisa name was Antara Biswas and she was born on 21 November 1982 in Kolkata, West Bengal. This daughter of Shailesh Dubey and Usha Dubey did her early education in Kolkata. He is a graduate in Sanskrit.

At the age of 15, Monalisa did a small job in a hotel in Kolkata to meet the financial support of her family, where she used to get ₹ 120 per day. Monalisa name has been associated with Pawan Singh many times in Bhojpuri, but the actress was in a live-in relationship with Vikrant Rajput for 10 years, after which she married Bhojpuri actor Vikram Singh Rajput in the Bigg Boss house in the tenth season. Had done