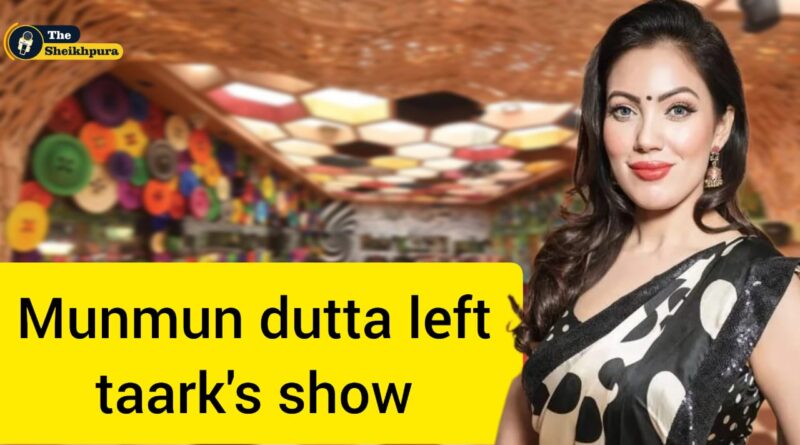 Television’s most famous comedy show Taarak Mehta Ka Ooltah Chashmah U has dominated the whole world. All the characters of this show win the hearts of the people and make a special place in the hearts of the people. If we talk about Babita ji of this show, then people like her a lot. Everyone spends their lives on their beauty. Babita ji and Jethalal’s chemistry of the show also likes to watch but now news is coming that soon Babita ji is saying goodbye to this show.

Yes, Munmun Dutta i.e. our beloved Babita ji is now soon leaving this Taarak Mehta Ka Ooltah Chashmah and is seen in Bigg Boss Season 16. If sources are to be believed, Babita ji aspires to come to Bigg Boss. When the actress came up with a challenge for the contestants on the First Weekend Ka Vaar in Bigg Boss OTT Season One, some other celebrities also accompanied her.

He had also expressed his wish for Bigg Boss. She was seen talking a lot about Bigg Boss. Now such news is coming that Babita ji is going to leave the show and go to Bigg Boss 16. Now it will be interesting to see that when and how Munmun Dutta entry in Bigg Boss happens, Munmun Dutta remains active on social media about her personal life as well.

Any of his post becomes viral very fast on the internet. A few days back, Munmun Dutta was in the news for her love affair. At the same time, news is coming that soon she can be seen in Bigg Boss 16 except Taarak Mehta Ka Ooltah Chashmah.