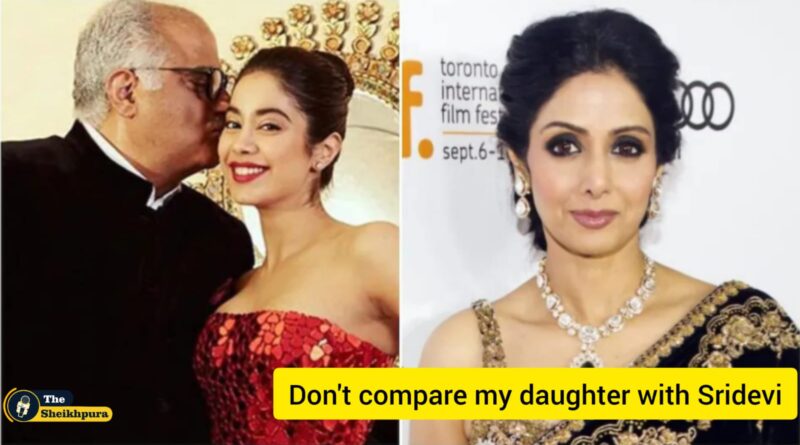 Ever since janhvi Kapoor came to Bollywood, her comparison is done with her mother Sridevi. Recently, the same happened with his film Mili. In such a situation, janhvi Kapoor gets very upset. Now seeing him, his father has put a class of trollers. janhvi Kapoor is running at the high peak of her career these days. His films like Gunjan Saxena, Goodluck Jerry and Ab Mili are being liked by the audience.

Recently, the trailer of Mili has been released, seeing which people are also getting a good response. His comparison is being done with his late mother Sridevi, which is not pleasing to his father. Ever since janhvi Kapoor came into the film industry, she is being seen associating with her mother. In such a situation, his father Boney Kapoor has told the trailers to protect his daughter.

In an interview, Boney Kapoor said that do not compare my daughter with Sridevi. Everyone has their own different way. He said that Sridevi started her career as a child actress and she became known in Bollywood when she had done 200 films in South. The co-producer of Millie is Boney Kapoor and she is also proud of her daughter. Is. Boney Kapoor was not tired of praising his daughter at the launch event of Mili Trailer. The film Mili will release in theaters on November 4.