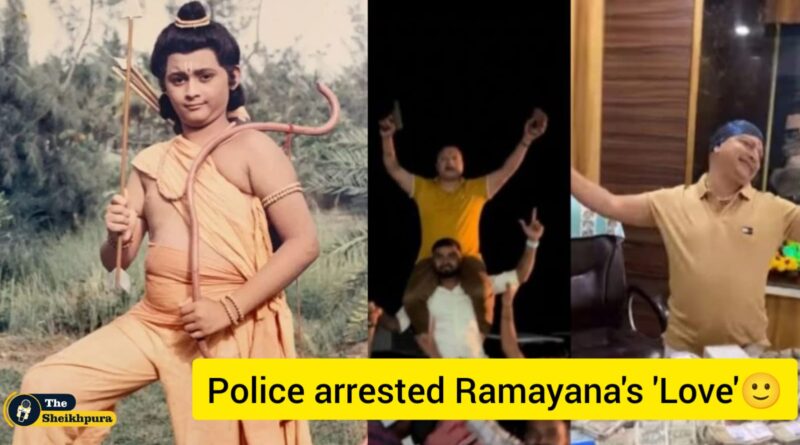 You must remember that innocent child who played the role of Love in Ramayana. Our favorite Ramayana that was loved from house to house, playing the character of Luv, son of Shri Ram who used to answer everyone in Ayodhya with his flamboyant nature, then this kid grew up about the thumb swivel reel It was found that then he started making his own reel. There is nothing wrong in making a reel, but it is wrong to make a reel the way it is made.

Because of this, the police also arrested them. He was called to the police station, where he committed the case and then presented it in the court. Yes, the name of this person is Surendra Patil, a builder by profession. They also make amateur reels as well. He has about 90000 followers on Instagram and everyone knows him as the character of Love. There are many reels on his Instagram, in which he shows off the money and also shows the guns without any hesitation.

One such reel of his was shared by a Twitter user named Mohsin. He shared the video of Surendra where he is sitting on the shoulder of a friend and waving a gun in his hand. Mohsin shared this video and demanded action from the DGP of Maharashtra and the police officer of the police station. When the police caught sight of Surendra, he was arrested.

Let us tell you that this was not the first meeting of the police and Surendra. A few days before this, the Manpada police had called him for questioning related to a case. When Surendra reached the police station, there was no one in the police room. Surendra grabbed the chair of the police officer and sat down. Not only this, but sitting on the chair also took a photo. Police arrested Surendra A case was filed against him under IPC section 336, 170, 500 and under section 30 of the Arms Act. Apart from these, seven other cases are also registered against Surendra in different police stations.