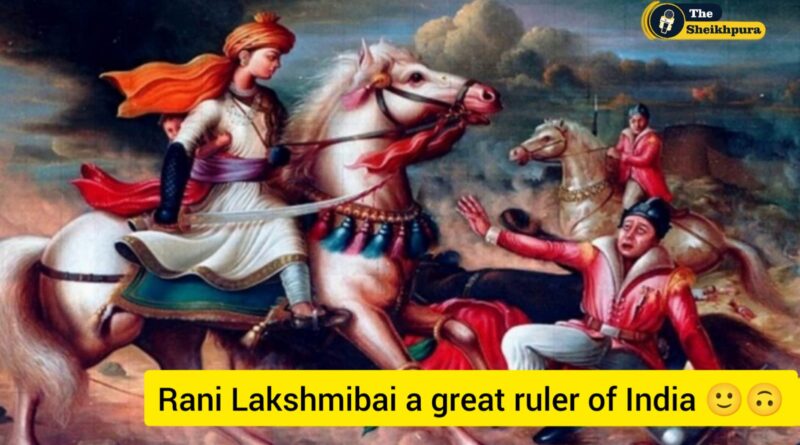 Fought a lot manly, the queen of Jhansi. Today is the birthday of a great ruler of India, heroine Rani Lakshmibai, she was born in Varanasi, UP. Her childhood name was Manu, but she was also known as Manikarnika. Rani Lakshmibai of Jhansi was born on 19 November 1835 in Kashi (Varanasi) in a Maharashtrian Karade Brahmin family. His father’s name was Moropant Tambe and mother’s name was Bhagirathi Bai.

It is said that “Honahar Virwan Ke Hot Chikne Pat” means that Rani Lakshmi Bai was an expert in weapons since childhood, and she was also known by the name of Chabili in the court. She used to practice weapons everyday, in 1850 AD she was married to Gangadhar Rao, the king of Jhansi and she became the queen of Jhansi. After marriage, she was named Lakshmibai.

After that, in 1851, Rani Lakshmibai gave birth to a son, but he died only after 4 months. The king was so shocked by this that he started feeling ill. After the death of his son, he had no heir, due to which he adopted a child on 20 November 1853. Who was called his adopted son. And he was named Damodar Rao Gangadhar Rao

Then on November 21, 1853, Raja Ganga Dhar died, after which the British wanted to capture that state, but Rani Lakshmibai faced the British strongly and killed 61 British and got Veergati,, but Rani Lakshmi Bai taught our society that daughters can fight a war when the time comes, and can also manage the hearth of the house.