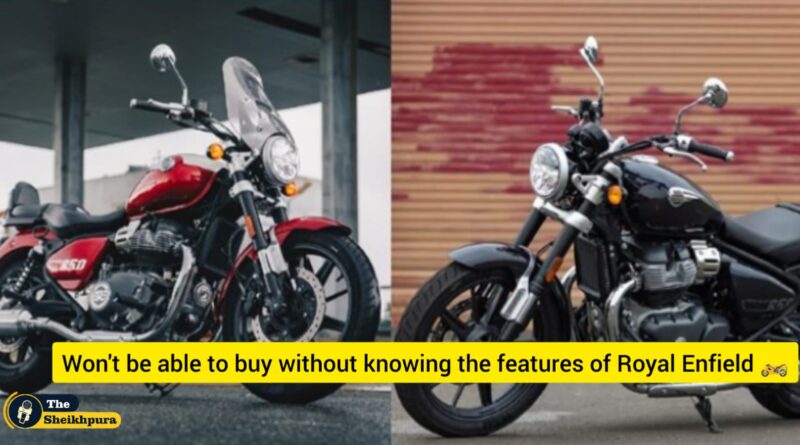 For lighting features, the bike gets round LED headlamps, round LED taillight pack and twin exhaust pipes and forward facing indicators at the rear end.

It gets bits like tall windscreen, pillar backrest, dual seats, panniers, touring handlebar and large footpegs in the tourer trim. Also, the bike has a longer wheelbase of 1,500mm. The bike showcased at the event is a low-profile bike that looks a lot like the Meteor 650 but incorporates many premium elements.

That is, you can see the Meteor 350 and it Can be called a smaller version of Super Meteor. Royal Enfield badging has been given on its tank, which gives it a new and cool design. Its highlight is the cast-aluminum Switch Cub, a first for any Royal Enfield bike.

In terms of engine and performance, it gets the same 648 cc parallel-twin oil/air-cooled engine for power, which generates maximum power of 47 Bhp at 7250 rpm and peak torque of 52.3 Nm at 5650 rpm. It will get a 6-speed gearbox

Super Meteor 650 will be first launched in India. There is also speculation that the company may showcase it at the Rider Mania in Goa from November 18-20. Talking about the launch, according to the reports, it can be launched in the month of December this year or in the month of January.