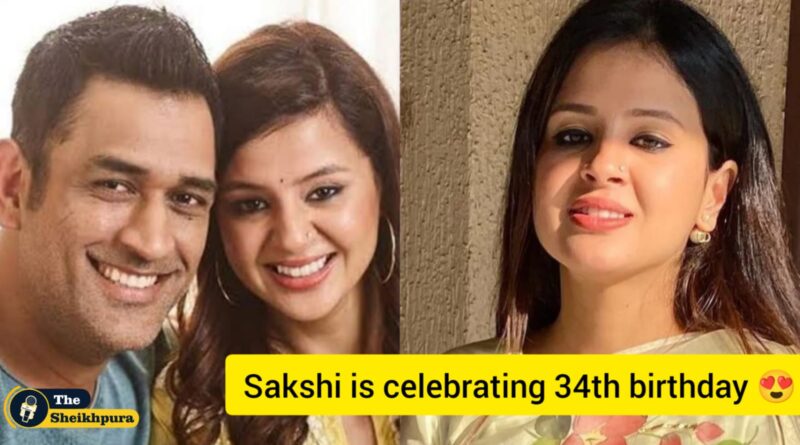 Indian former wicket-keeper batsman MS Dhoni wife Sakshi Dhoni, whose birthday is 19 November i.e. today, in 2010, 3 days before MS Dhoni birthday i.e. on 4 July, she married Indian former cricketer MS Dhoni. Sakshi Dhoni now lives in Ranchi and has a lovely baby girl, whom she has named Ziva MS Dhoni , let us know some interesting facts about her life that her fans will love.

By the way, when every star and celebrity is about to get married, then their news gets spread through the media. But when Sakshi Dhoni got married to MS Dhoni in 2010, none of the media or news channels got a clue about it, both of them got married in Dehradun, which was a surprise marriage. And after their marriage, people got a chance to know about Sakshi Dhoni in particular.

Sakshi Dhoni Rawat was born in Guwahati, Assam. His hometown is in Dehradun, Uttarakhand. Sakshi Dhoni did her studies from Ranchi itself, Aurangabad studied hotel management. He has a sister and a brother. Sakshi Dhoni has now become very fond of cricket, she comes to watch almost all the matches of Chennai Super Kings in IPL. And perhaps this is the reason that her support has helped MS Dhoni to win the title.

Because of which they were always connected to each other. MS Dhoni took Sakshi Dhoni number from the manager of the hotel present there, and they started dating each other, this dating which started from 2008 finally got married in 2010. And since then Sakshi’s name has become on the lips of every Indian.