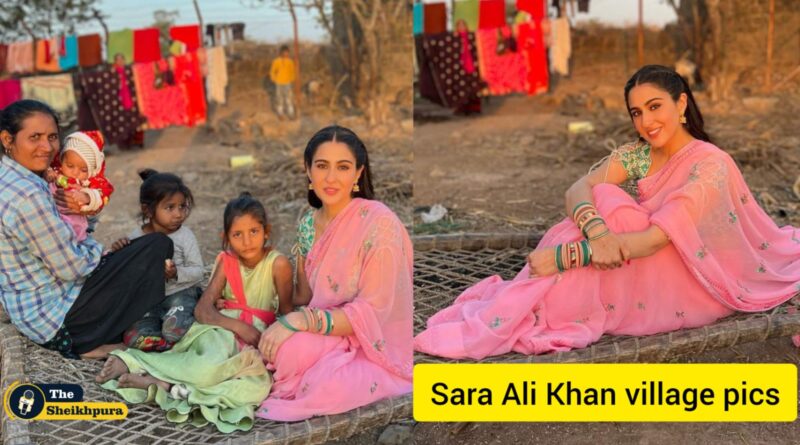 In such a situation, she is seen leaving the city in the village. Where she is showing her rural style by wearing saree, bangles in hand, bindi on forehead, earrings in ears. People are now getting attracted to his style. Sara Ali Khan, who is connected on social media, is also sharing these pictures with her fans. Seeing his desi style, his fans are losing their hearts on him.

This time Sara Ali Khan is stealing everyone’s heart with her simplicity. In these photos you can see that Sara Ali Khan is sitting on an old cot and posing in different ways. It is being seen that Sara Ali Khan is also surrounded by many children. The actress started her career with Kedarnath in 2018, in which her acting was highly praised, but after that she was also well-liked in her film Atrangi Re.

This film was completely based on her and when it was released, Sara Ali Khan work was highly praised. Now Sara Ali Khan is going to be seen in many films in the coming days. While one of her films will be released with Vicky Kaushal, she is going to gaslight with Vikrant Massey.