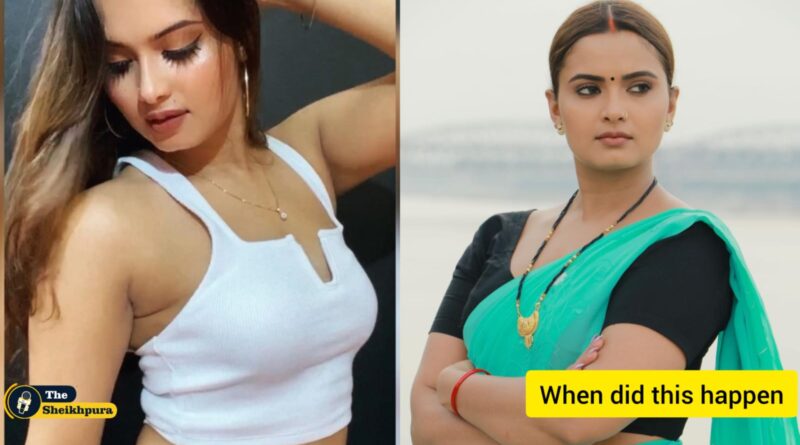 Every day some or the other song of the actress keeps appearing, seeing which people are forced to love her. Recently her music video has been released in which she is romancing fiercely with Ankush Raja. Meanwhile, a picture of Neelam Giri is spreading like a fire in the internet world. Fans are surprised to see Neelam Giri look in this photo. Actually, Neelam Giri has shared a picture on her official Instagram account, in which she is seen in the look of a simple Indian woman.

In her latest photo, Neelam Giri is wearing vermilion and mangalsutra around her neck. In which she is looking very beautiful. Sharing this picture, Neelam Giri wrote, “Our greatest pride is not in never falling, but in getting up every time we fall.” After seeing this photo of the same actress, her fans are speculating whether Neelam Giri has got married?? People are asking questions by commenting on this picture, one user wrote, ‘You got married.’ While another one wrote, ‘When did this happen.’

However, many people believe that Neelam Giri is shooting for a film in which she has this look. It is not yet clear that what is true and what is false Neelam Giri has kept her hold on social media. The actress mostly shares videos and photos with her fans and her fans also react to her every post. In such a situation, she wins the hearts of people with her killer style.