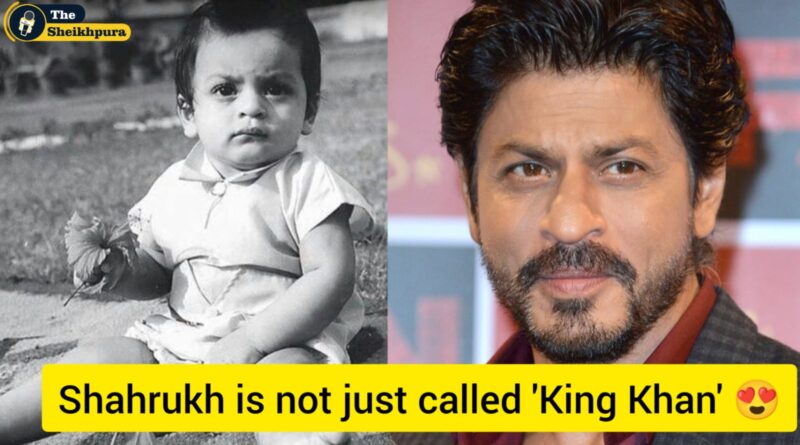 Today the actor is celebrating his 57th birthday. He was born on 2 November 1965 in New Delhi. King Khan started his career with ‘Fazzy’. After acting in this, the actor turned to films, although the journey of King Shahrukh Khan to reach here has been quite a film Shahrukh Khan has been ruling Bollywood for 3 decades, he first appeared in the film ‘Deewana’. He was seen and since then he has made Bollywood crazy.

He was only 16 years old. When he had lost his father due to which his family had to face many difficulties as well as financial constraints. Talking about studies, he enrolled in Hansraj College. The foundation of his acting was laid in this college.

After this Shahrukh Khan decided to pursue a master’s degree in Mass Communication, but he did not like it and left it incomplete and moved towards acting career. He also took admission in the National School of Drama. Here he was part of a group where he learned acting under Barry John

Shahrukh Khan started his acting career with TV. He had garnered tremendous appreciation through DD National’s TV show ‘Fauji’. Apart from this, he also appeared in TV serials like ‘Dil Dariya’, ‘Wagle Ki Duniya’, ‘Idiot’ and ‘Circus’. He was counted among the most successful actors of TV. Not only this, Shahrukh Khan was called the second Dilip Kumar of the acting world.

Shahrukh Khan also got his first film in 1991. This film was also the directorial debut of actress Hema Malini You will be surprised to know that Shahrukh Khan first film was not ‘Deewana’ but someone else. Whose name was ‘Dil Aashna Hai’ but this film was released in 1992. This is the reason why the film ‘Deewana’ with Divya Bharti was called Shahrukh Khan debut film.

Today Shahrukh Khan is ruling Bollywood for more than 3 decades and this is the reason why he is called ‘King Khan’.

Although she is seen as cool, but according to media reports, Bollywood director and choreographer Farah Khan, who is considered to be a good friend of Shahrukh Khan, her husband Shirish Kunder was slapped by Shahrukh Khan at a party for the second time at the Wankhede Stadium in Mumbai. There was a clash with Shahrukh Khan security guard that he was banned for 5 years from going there. At present, the fans are waiting for ‘Pathan’.