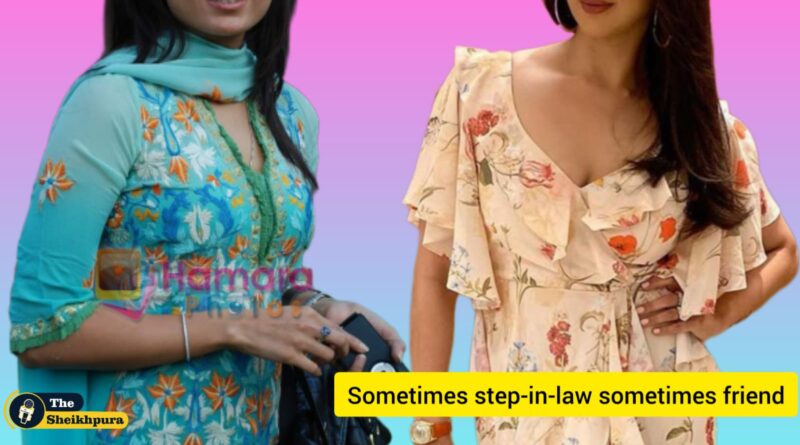 It is said that everything is fair in love and war, and perhaps a person becomes blind in love, but there is nothing wrong in it, and perhaps this is the reason that when a person loves, he does not see what is in it. What is right and what is wrong!! Who benefits and who loses in this. Love just happens. Something similar happened with B-town actresses who got married with their friend’s husband and they didn’t hesitate at all and this friend became step-in-law. It is said that a true friend is closer than a family member who stands by him in every trouble, but if a friend turns into an enemy, what can a person do, and if a friend does something that causes a storm in life, then such It is better not to have friends. There are some actresses from the entertainment world who destroyed their friend’s house.

This allegation was leveled against many actresses and one of them was a surprising name of TV’s most cultured daughter-in-law Tulsi i.e. Smriti Irani. Smriti Irani was accused of destroying her friend’s house. It is said that when Smriti Irani came to Mumbai to become something, she took shelter in her friend’s house who was married to big businessman Zubin Irani. According to media reports, while living at her best friend’s house, she came close to her husband and both fell in love with each other so much that Zubin Irani divorced his wife and married Smriti Irani.

Amrita Arora name also comes in the demolition of her friend’s house. Such allegations have also been leveled against him. In the year 2009, businessman Shakeel was already married. He was married to Amrita Arora special friend Nisha Rana but Shakeel came close to Amrita Arora and he divorced Nisha. Only after that she became her friend’s sister-in-law.