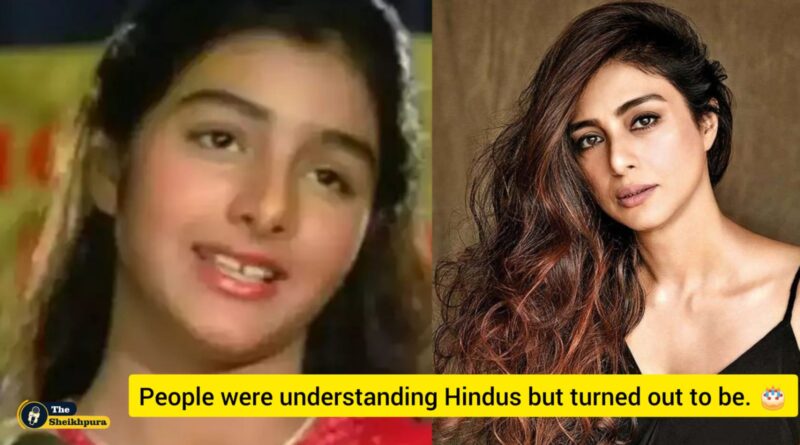 Born on 4 November 1971 in a Hyderabadi Muslim family, Tabu real name is Tabassum Fatima Hashmi. She is celebrating her 52nd birthday today. She worked as an actress in the 1994 film Pehla-Pehla Pyaar. However, he got recognition from the film Vijaypath released this year.

In her career spanning 35 years, Tabu sometimes romanced an actor 30 years older than her and sometimes became the mother of an actor 10 years younger. In Tabu’s 2007 film Cheeni Kum opposite Amitabh Bachchan, Tabu played a 34-year-old woman who falls in love with a 64-year-old man (Amitabh Bachchan). Tabu had romanced with Ishaan Khattar in the film ‘A Sweetable Boy’.

In her film career, Tabu has done brilliant acting in more than one great films. Tabu is more famous than her films, but her love life is more famous.

Sanjay Kapoor worked together in the film ‘Prem’. It is said that both of them started dating during this film. According to media reports, Tabu was very serious about her relationship with Nagarjuna. Both Nagarjuna and Tabu are said to have dated for about 15 years. After some time Tabu realized that Nagarjuna would not leave his wife for her. The actress wanted stability in the relationship which was not there.

In an interview, the actress said, ‘When I was young, my cousins ​​Sameer and Ajay used to spy on me, follow me and threaten to beat up any boy caught talking to me. He was a big badass and if I am single today it is because of Ajay. I hope he will regret it.

When Sajid was mourning the loss of his wife Divya Bharti. Tabu was helping Sajid overcome his wife’s grief. Slowly the two came closer. Both kept their relationship hidden for a long time, after which the truth came out in front of everyone. However, this relationship also lasted for a few days.

Tabu has received many awards. Tabu was awarded 2 National Film Awards for Best Actress for the films ‘Maachis’ and ‘Chandni Baar’. Also, he has received the Filmfare Award 6 times. Tabu has also been awarded 4 Best Actress Critics Awards. These awards have been given for the films ‘Virasat’, ‘Hu Tu Tu’, ‘Astitva’ and ‘Cheeni Kum’ and the film ‘Haider’. In addition, these include a Filmfare Award (South Film) and Best Supporting Actress for a Telugu film.

The year 2022 has been a great start for Tabu. People liked him very much in the film ‘Bhool Bhulaiya 2’ released on 20 May 2022. Apart from this film, Tabu will soon be seen in films like Arjun Kapoor’s ‘Kutte’ Guttiya, Drishyam 2 and Bhola.