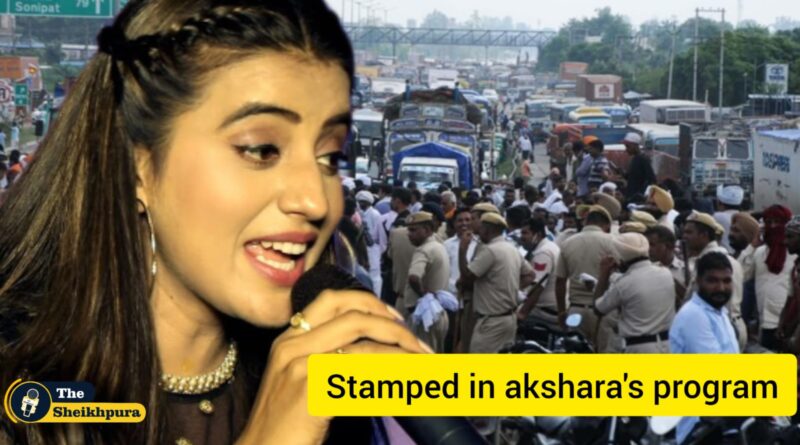 Akshara Singh had arrived to perform the program at the inauguration of a private mall, but it had been a long time before Akshara Singh reached, after which the crowd of people increased and Bhabua Mohania Path got completely choked from Ekta Chowk to Kaimur Pillar. Gone. During this, there was a lot of trouble in the movement and the ambulance was also stuck, from 12:00 to 2:00, almost the same situation remained, which the policemen got upset in handling.

The crowd became uncontrollable as soon as the Bhojpuri actress, who reached the program at around 1:30, reached the stage. After this the police also became very strict, then people started running away from there. During this, people also dropped bikes, cycles etc. on the side of the road, the children of the school also suffered the most in the jam. Children were also trapped hungry and thirsty. At the same time, the crowd of existing people was also angry.

However, the actress did not stay for long and she left after a short time. He sang only one or two songs. After this police force also had to be used. During this, to maintain the order, the station head Ramanand Mandal and the police officers and jawans had to make a lot of effort. Although there was no lathi charge, but people had to be pushed to remove them.

On the other hand, SP Rakesh Kumar has expressed seriousness about creating more problems due to private program. Apart from disrupting vehicular movement due to this problem, school children, ambulance patients, women and elderly people have also suffered a lot. In such a situation, an FIR is being lodged against the organizer of the event.