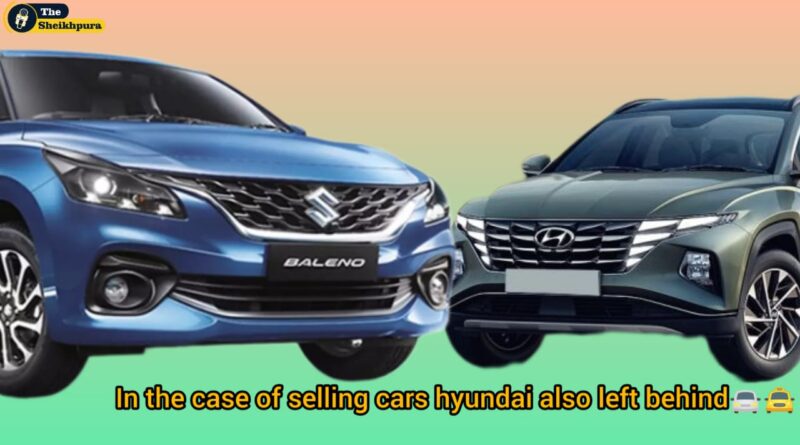 Car manufacturing companies have sold a total of 3,36,298 units in October this year, which is 29.26 per cent higher than the sales of 2,60,162 units in October last year as the previous month was full of festivals and during this time there was a lot of hustle and bustle in the markets. doing. Also, the month of October was very good for the auto sector. Today we will talk about the 3 car companies in the market in terms of highest car sales in the month of October, about their last month’s sales.

In the best selling car of Maruti Suzuki, hatchbacks like Baleno, Alto K10, Swift, WagonR have performed well. Due to which Maruti Suzuki got the first position. Maruti Suzuki, as always, maintained its top position in terms of car sales in the month of October last year as well. Its market share was 41.73 per cent. During this period, a total of 1,40,337 units of Maruti Suzuki have been sold, while in the same month last year, the company had sold 1,08,991 units of the car.

The new #MarutiSuzuki Baleno CNG is available only in manual transmission and will be sold alongside the premium hatchback from the largest carmaker in the country. pic.twitter.com/uH9YsopJKF

In October 2022, Hyundai Motors was the second largest car seller in India. The total market share of the company was 14.27 per cent. During October 2022, Hyundai sold 48,001 cars registering a year-on-year growth of 29.66 percent as compared to 37,021 car sales during the same month last year. Cars like Venue and Creta as well as hatchbacks like i10 Nios, i20 have played a key role in helping Hyundai take the second spot in the SUV segment.

Tata Motors has secured the third position in terms of selling the most cars in the month of October. During this period, the company has sold 45,217 units of cars with an annual growth of 33.29 percent. Tata sold 33,925 cars in October last year. The company had a market share of 13.45 per cent last month.